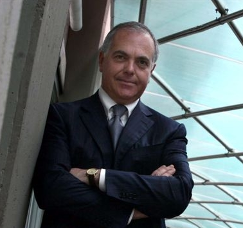 Pierfrancesco Gaggi works at the Italian Banking Association – ABI, with the role of Deputy General Manager for Payments Systems and Innovation.

After an experience in BNL (now BNL BNP), in 1985 he joined the ABI Research Department.

In 1991 he moved to the Payment Systems Service. In the 1990s he managed the launching of BANCOMAT/PagoBANCOMAT schemes (now managed by BANCOMAT SpA) and the payment initiation scheme CBI.

In 1997 he became Head of the Payments Systems Dept. and in 2009 of the Direction dedicated to Market Infrastructures, in which, in addition to payment systems, the issues of securities clearing and settlement, Physical and IT Security and Bank Technology were managed.

After 8 years as President of the Payment Systems Committee of the European Banking Federation and member of the European Payments Council, in 2011 he was appointed Director of International Relations of ABI, maintaining the role of President of the ABI Lab Consortium, the Research and Innovation Center for the bank promoted by ABI, which also manages the Operations of CERTFin – the CERT of the Italian Financial sector, of which he is Co-President. He also maintains the role of President of the Association of Italian shareholder banks of SWIFT.