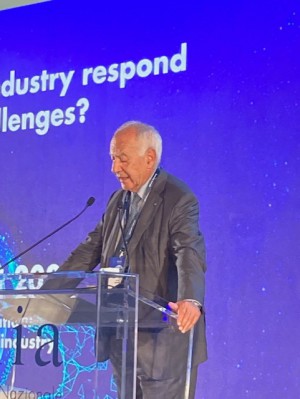 Born in Florence on 14th February 1944, residing in Venice (Italy), decorated with the Order of Merit for Labour, Business School graduate from the University of Rome, he started his career at Assicurazioni Generali and worked his way up to CEO and Deputy Chairman, positions he held until 2002. He was a member of the board of directors of several leading business and holding companies both in Italy and abroad.

He is currently the Chairman of Arca Vita SpA, Arca Assicurazioni SpA and UniSalute SpA. He is the Deputy Chairman of UnipolSai SpA.

He is the Deputy Chairman of Diplomatia, member of the Governing Council of the CENSIS Foundation (Centre for Social Investment Studies) and of ANSPC – National Association for the Analysis of Credit Issues, a member of the Council of Assonime and academic member of AIDEA – Italian Academy of Business Economics.